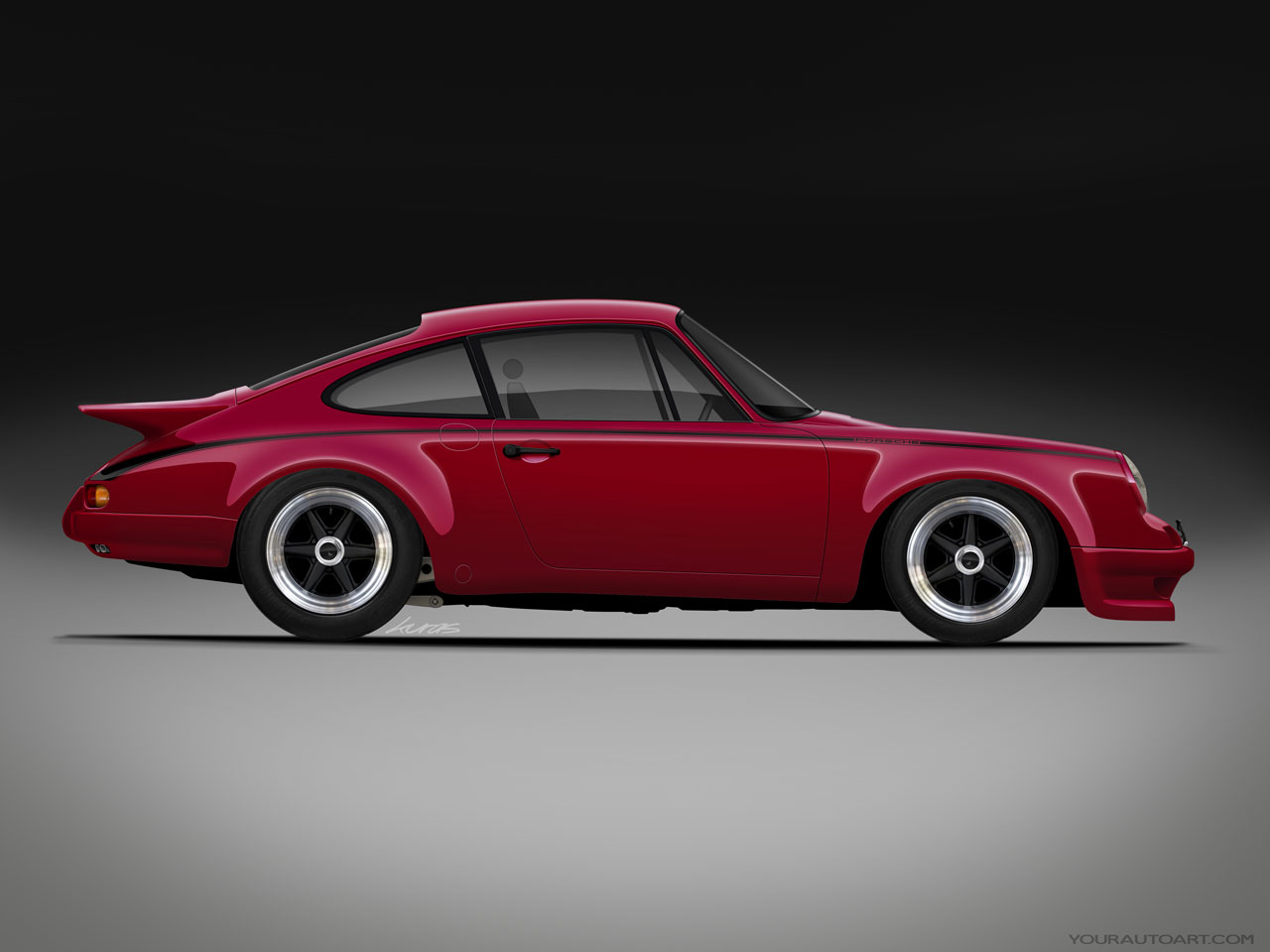 June 8, 1948. The first car to have the Porsche name was road-certified: not the vintage Porsche 911 but the Porsche 356/1 Roadster built in Gmünd. (in Carinthia, Austria).

The “Gmünd Roadster” was powered by a 1.1-litre air-cooled flat-four engine from Volkswagen. The motor’s power was raised to 35 hp for the 356. The roadster weighed in at just 585 kilograms and its top speed was 135 km/h (83 mph).

All 356 generations could be speced with open-top version: Cabriolet, Speedster or Roadster. This was the early predecessor to the vintage Porsche 911.

We are always up to something awesome in the vintage Porsche 911 world. We bring our cars to shows the track and want to share with you what’s new. We won’t spam you promise!

In September 1963, Porsche unveiled the Porsche 901 at the IAA in Frankfurt, Germany as a successor to the Porsche 356. In 1965, series production of the new model began and it was rebranded the 911 shortly thereafter.

Originally built only as a Coupé, the 911 had an integral body-frame and was powered by a new 2.0-litre flat-six engine, which initially delivered 130 hp.

As of model year 1967, this vintage Porsche 911 was also available as a “safety cabriolet” (Targa) with permanently mounted roll-over bar and removable soft top. As of model year 1969, the wheelbase was lengthened by 57 mm, resulting in increased driving comfort and simultaneously more stable driving dynamics.

The 911 S, the first engine derivative of the 911, was also launched on the market. In the years that followed, models bearing the additional designations T, L and E were launched.

911 Targa (1967-1973)
Porsche introduced the Targa model in response to increased safety requirements for open-top vehicles in the USA. Thanks to the fixed bar, the occupants were protected from injury in the event of the vehicle overturning.

911 S (MY 1967-73)
Due to various engine modifications, the sports version of the 911 initially had a power output of 160 hp, ultimately increasing to 190 hp. In addition to superior equipment, the S model was the first 911 to be given “Fuchs” rims with their distinctive 5-spoke design.

911 T (MY 1968-73)
The “Touring” version became the new entry-level model in the vintage Porsche 911 family, initially developing 110 hp and later 130 hp. Its equipment matched that of the four-cylinder 912 model. One of the ways in which it could be distinguished from more powerful models was the fact that it had a silver rather than a gold logo.

911 L (MY 1968)
With the introduction of the T version as the new standard model, with a less powerful engine and 4-speed manual transmission, the previous 911 was renamed the 911 L. The engine remained unchanged.

911 E (MY 1969-73)
The existing 2.0-litre engines entered their final year of construction in MY 1969 and were replaced by new 2.2-litre engines. The L version was renamed the 911 E following the introduction of the new generation of engines and delivered power outputs of between 140 hp and 165 hp.

These early vintage Porsche 911 vehicles are the catalyst and inspiration for the Classic 9 Porsche 911 RS Turbo.

We are always up to something awesome in the Porsche 911 world. We bring our cars to shows the track and want to share with you what’s new. We won’t spam you promise!