Conceived for the enthusiast that has a connection with the 914, Classic 9’s GT6 is a heritage inspired evolution of the original 914/6.

The 914 was conceived as a collaboration between Volkswagen and Porsche to develop an affordable sportscar.  Known at the 914  with a 4-cylinder VW engine and the 914/6 with a 6-cylinder Porsche engine both models were sold under the North American Porsche banner from 1969-1976.

In Europe the 914/6 was homologated to race under FIA Group 4 race car regulations.  Designated the 914/6 GT, it was distinguished by its bulging fender flares. Originally powered by a 2.0L 6-cylinder engine and overall weight of just under 2,000 lbs., the 914/6 GT finished 1st in GT category and 6th overall at the 1970 24 Hours of Lemans.  In the United States, the 914/6 GT entered by Brumos Racing and driven by Peter Greg and Hurley Haywood,  became the under 2.5L Champion in IMSA’s 1971 GT Series.

Every Classic 9 vehicle is one of a kind. Upon request we’ll create an individualized proposal outlining your options and configurations. 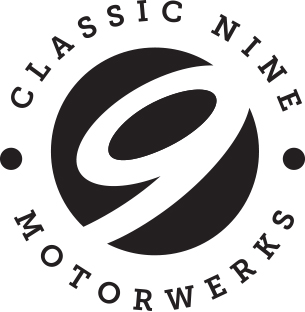 We're car guys and we're easy to talk to.
Contact us